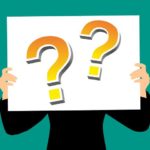 Rarely does a day go by without someone asking for my thoughts about the direction of the stock market. How long do I think the bull market will continue? When will a bear market start? Is now a good time to sell?

Logically enough, people seem to think that financial experts know a lot more than anyone else about the markets and how they will perform in the future. Logical or not, this assumption is not true.

Bob Veres, editor of Inside Information, puts it this way: “As it turns out, the predictions made by financial experts are no better than those made by gypsies looking into crystal balls, soothsayers gazing at the entrails of a sacrificed animal or wizards with tall caps who gaze into space. In fact, the financial experts might even be LESS reliable than those other charlatans.”

The problem with accurately predicting what direction the US stock market is heading in the near future is that no expert really knows. Financial experts don’t have any better idea which way a market will move over the short term than you do. The only difference is they can make a convincing argument that they know what they’re talking about.

Larry Swedroe, an economist and director of research for Buckingham Strategic Wealth, spent much of 2017 compiling predictions of financial experts that were made with a great deal of certainty since 2010. He recently gave what might be called a “guru scorecard” of results.

Of 62 surefire market calls the experts gave since 2010, 17 were right. That’s just 27%. While a .270 batting average would be respectable in baseball, it’s a pathetic failure when you’re taking bets with your financial future.

Last year Swedroe found economists expected stocks to provide moderate single-digit returns. Stocks actually produced double-digit returns. Economists also predicted that the dollar would strengthen, the stocks of emerging market countries would fall, inflation would rise significantly, and bond rates would spike dramatically and cause big losses for bond investors. None of those happened. Bonds actually had a great year, with the Vanguard Long-Term Treasury Index returning 8.6% for the year.

Predicting the direction of interest rates is especially dangerous. Data taken from the U.S. Federal Reserve Board’s Quarterly Survey of Professional Forecasters show financial experts have predicted that interest rates would rise at the beginning of every year since 2008. What happened? The experts got it wrong every year except one.

How can supposed experts, who have spent years of their lives obtaining impressive financial degrees, get by with giving such amazingly poor advice year after year? Very few people or reporters keep track. Our society is amazingly forgiving of meteorologists and stock prognosticators.

Exacerbating the problem is that the financial press makes a living selling magazines that promise “the next big thing you need to do with your investments right now to make jillions of dollars.” It doesn’t sell a lot of magazines if you lead with a headline, “Experts once again predict they have no clue where the stock market is heading.” Steve Forbes, editor of Forbes Magazine, once said, “You make more money selling advice than following it. It’s one of the things we count on in the magazine business, along with the short memory of our readers.”

The next time you hear a pundit or market guru make a confident prediction about what’s going to happen in the markets in the near future, you may want to turn off the volume and go do something productive. Or maybe even get a second opinion from a wizard or a gypsy fortune teller.